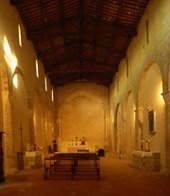 The church of the estate wields a mystic and mysterious spell.

.
The history of Abbadia Ardenga is old and eventful, and deeply rooted in the Middle Ages when, in the XI century, the Monastery of Ardenga was founded by a French Count of the Rainier Family.
The Monastery was partly destroyed, suffering the same sad fate as the many localities of the Sienese countryside during the Middle Ages.

Many architectural elements of the times have been found in the Romanesque church of Sant’Andrea (Saint Andrew) of Abbadia Ardenga. The most important and sensational is the discovery of more than two thirds of a crypt with seven aisles. Two of these take up the whole width of the church.

The vaults are decorated with ancient floral, pictorial designs, perhaps the only ones present in the entire Sienese area. The XIV century bell-gable, and the church columns slanted outwards will draw your attention as soon as you cross the doorway. More ancient elements include the corbels carved with heads of animals that decorate the simple travertine portal, and those that support the coat-of-arms on the façade of the church.
Some of the works found in the church of Abbadia Ardenga are displayed in the Picture-Gallery of Siena: a Romanesque altar frontal, the first dated painting (1215) belonging to the Sienese School and the small paintings on wood depicting Stories of the Passion of Christ, dated 1275-1280 and attributed to Guido da Siena.

In 1464, the Abbey was suppressed, for unknown reasons, by Pope Pius II, through a Bull issued during a stay at the renowned thermal spa of Petriolo.

It is said that the friars managed to hide a bell entirely made from gold before Pope Pius II took away all their possessions.

Its assets were divided into three parts, one assigned to the new Abbadia Ardenga and commended to the Tuti family of Siena, whereas the other two were used for the construction of the Cathedral of Montalcino and to finance a crusade.
The Tuti family exercised its power up to the XVII century. The last traceable member of the family is Abbot Fulvio Tuti.
When the Tuti family became extinct, the Abbey passed on to the Marsili family and, during the first decades of the 1700’s, to Cardinal Patrizi. In 1783, Grand Duke Leopold I transferred all the remaining assets and jurisdiction over the Abbey and its territories to the Diocese of Montalcino. Later, the Abbey became a parish under the Diocese of Siena. 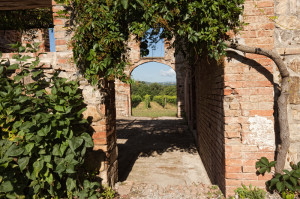 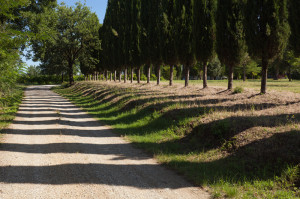